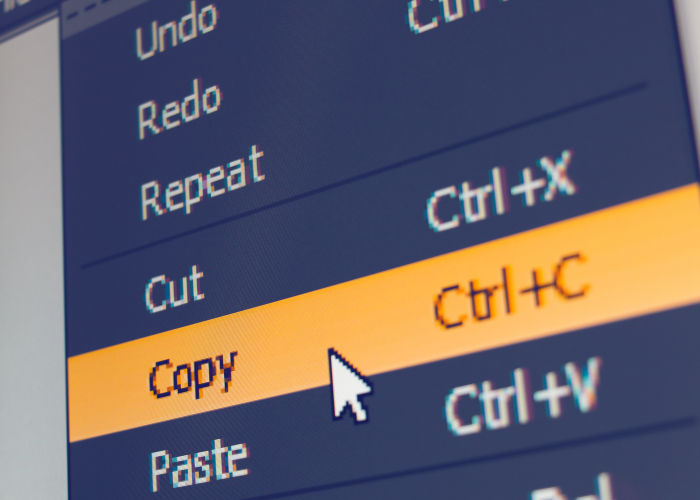 Even if you use a few Windows shortcuts already, it’s a good idea to review some of the available key combinations to see if there are any that you’ve overlooked. There may be a number of routine actions that you go through on a regular basis, like shutting down the computer, that can be streamlined down to just a few keystrokes.

Keyboard shortcuts help us save time navigating bloated menus and scrolling through lists. We’re talking about saving us a few seconds at a time, but that adds up over hours, days, and months. They are often more accurate and precise than mouse clicks as well, so they are more efficient by saving us from errant clicks and repetitive, compound actions. Here is a lengthy, but not exhaustive, list and description of useful keyboard commands and shortcuts.

Window Management and the Keyboard

Playing around with Win+Arrows becomes pretty intuitive after a while, and helps you arrange your desktop how you want it in the shortest amount of time. You can also use the Win+Up arrow and Win+Down arrows to maximize and minimize the active window. If the Window is already less than half the screen when you push Win+Down arrow, then it will minimize the window. Once this happens, the window is no longer the active window, so you’ll need to select the window again. Alt+Tab is the classic way to choose from all of your open programs by cycling through them; when you hold the Alt key and push Tab, thumbnails of all of your Windows pop up, and you can cycle through them by pushing Tab and select one by letting Alt go. Alt+Esc does the same thing without animations.

In Windows 10, you can also push Win+Tab to get a grid of running programs and recent files, called Tab View. This screen requires both the keyboard and mouse, so it’s not as quick as Alt+Tab, but it is much more extensive. On this same screen, we can click “New Desktop” in the upper-left corner. Virtual Desktops can help you group together a bunch of programs on one screen, and switching desktops makes it so you can preserve whole screen layouts without cycling through every program.

It may seem really simple, but the Win key is a pretty great shortcut in itself. Pressing the key alone pops open the Start Menu, where you could navigate to all of your programs. Although it doesn’t indicate it, the Start Menu is also Search, so you can type Win, the first few letters of a program, and Enter to launch installed programs. Search also has its own shortcut, Win+S, but it’s a bit redundant, given what we’ve just noted about the Start Menu.

Another quick way to launch applications is by using the Win key + (1-9, 0). The numbers here refer to the order they appear on the Taskbar. By default, Edge is the first program on the taskbar, so if you haven’t changed it, Win+1 will launch Edge. If Edge is already running, then this switches directly to the Edge window that you already have open. If you have multiple windows of Edge open, then you’ll get Alt-Tab-style thumbnails and you can cycle through the windows by pushing the number again. If you want a new instance of Edge, and one is already running, add the Shift key: Win+Shift+Number.

If you want to close a window or application, use Alt+F4. This is the same as pushing close, and will prompt you to save or reconsider if your app needs confirmation for anything. Sometimes Esc can do the same function, but that’s not always the case. Similarly, some toolkits and apps use Ctrl+W to close a window or tab (like in a web browser) and others may use Ctrl+E to exit. Using the keyboard to launch and close applications like this gets easy with practice and repetition, and it’s definitely faster than poking around at icons and buttons.

If you’ve ever made graphics of what’s on the screen, then you probably used the PrtScn (print screen) key, which copies what’s on your screen to the clipboard as an image; once it’s in the clipboard, your screenshot can be pasted (with Ctrl+V) in a drawing program like Paint. Alt+PrtScn does the same thing, but for only one window, so you don’t have to crop the image down to one program afterward. Win+PrtScn extends the print screen functionality to automatically save a print screen in your user’s “Pictures” folder, under “Screenshots.” Even more powerful is Win+Shift+S, which opens a full interface for Snip and Sketch. This tool helps you make graphics of any size, including a rectangular or freeform selection of any size, or any individual window, anywhere on your screen.

The easiest shortcut for navigating system programs is Win+X, called the Quick Link Menu. This shortcut gives you quick access to a number of programs and shortcuts, all of which have a single letter underlined so you can use one more keypress to select any of them. You can use this menu to launch system tools like Device Manager, Network Connections, and PowerShell with just one more keypress. At the bottom of the Quick Link Menu is a handy shortcut to the Shutdown options. Here we find the quickest way to shutdown a Windows machine: with a tiny bit of practice, Win+X, “u,” “u” will have your machine shutting down in less than one second. If you just want to lock the device, an even quicker shortcut, Win+L, brings up the lock screen.

A few other panels and utilities can be accessed with Win key shortcuts too. You can quickly get to Settings with Win+I, for instance. Win+A opens the Action Center, which is the name for Windows’ notifications bar and the Quick Actions shortcuts. Win+. (period) will pop up an Emoji Panel, which can be used to type emojis anywhere possible in the operating system. If your workstation has “clipboard history” enabled, you can use Win+V (like Ctrl+V) to open the Clipboard History app, which gives you a list of all of the things that have been copied recently. If you use multiple video outputs, you can change the multiple screen setup (mirror or extend, for instance) quickly with Win+P.

If you spend a lot of time in File Explorer, then you know that the mouse can cause you to accidentally drag and drop files in the wrong place, wrongly select multiple files, etc. Brushing up on these shortcuts can help improve your accuracy, and subsequently your overall experience, in File Explorer.

An often overlooked shortcut in File Explorer, F2 is the shortcut for renaming a file or folder. This shortcut eliminates the need for the “slow double click,” which is probably the most frustrating action to perform with the mouse, and is inefficient by design. Shift+Del will permanently delete a file or folder, bypassing the Recycle Bin. So if you’re very confident that you’ve made the right selection, Shift+Del can help clear up disk space quicker, without needing to remember to empty the Recycle Bin.

Copy and paste, Ctrl+C and Ctrl+V, respectively, can help you more accurately copy and paste files and folders. Copy and paste may be the most well known shortcuts in computing; the operating system puts copied things into the clipboard, and they can be pasted into any place that they make sense, like other programs. This could be an image, some text, a file, etc.

Two shortcuts can eliminate the need for right click on the mouse. Since you can right click on different parts of a program, the two shortcuts bring up the “context menu” for different things. Alt+Spacebar opens the context menu for the window, as if you had right clicked on the Title Bar of the window. Some programs have special options here, while others have the standard window options: maximize, restore, minimize, close, etc. Shift+F10 brings up the context menu associated with the cursor, as if you right clicked inside of the program. For example, if you push Shift+F10 in File Explorer, you will see the options for the file or folder that you have selected. You can then select these options by pushing the underlined letter of any of them.

← Prev: Windows 11 Migration: It Can Probably Wait Can you Maintain your Privacy around Alexa<br/>(and other Speech Recognition Software)? →