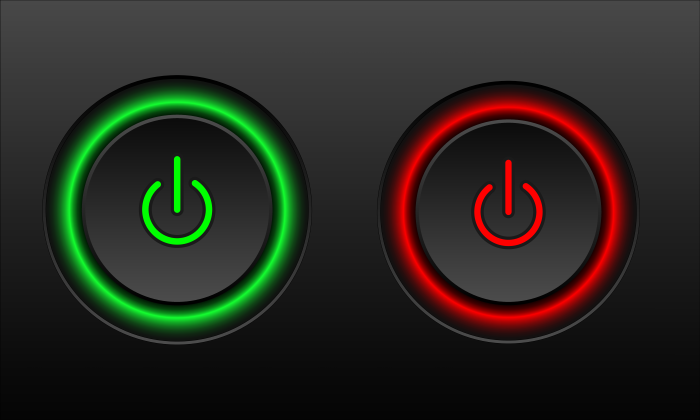 Have you Tried Turning it “off” and “on” Again?

On a British sitcom called “The IT Crowd,” most of the actual work that the IT team does is telling people to “turn it off and on again.” It’s a funny joke (if not totally accurate), but it is definitely the first thing to try when something goes wrong with your computer, mobile device or any other modern appliance. But why? How could something so simple be effective in fixing so many problems? Today, we’ll look behind the scenes at some of what goes on when you restart or reboot your device.

The Fundamentals: rebooting, power off, and “hard powering”

When you power down a device with any kind of advanced microcontroller in it, you’re supposed to follow the procedure that your operating system expects. Rebooting and powering off are two common ways to power your device down; rebooting tells the system to come back up after stopping every process in the system. Powering off will bring the system down and presumably stop consuming power and be off—but only presumably, because a powered-off device may still use power for a few things.

These two procedures differ from “hard powering” your computer off, like yanking the electrical cord out of the wall. When modern devices shut down, they go through a list of things to take care of to protect hardware and software as the device powers down, so it’s important to make sure to avoid hard powering a device when possible. It is really only appropriate to hard power a device if it is having serious issues (like running a loop of some kind) that make it impossible to follow the normal power-down procedure.

On most systems, rebooting is a normal part of the update process, so when your device installs updates, it will let you know that it needs to reboot sometime. On a Windows device, automatic updates will also set up an automatic restart outside of busy hours. This is typically so the system can overwrite files that are used by the operating system, which can’t be overwritten while in use. Some updates can be done without restarting, but every operating system and device varies in which kinds of updates are done with a restart and which are done without one.

A lot of problems on a workstation come from an operating system having changed some files in the background during the course of normal work. Configuration files, drivers, and other kinds of software data can just get small errors in the course of switch tasks and opening and reopening apps and files.

These small errors usually make for disturbances in your workflow, like not being able to connect to a printer or open a file because it is flagged as being open in another program. These errors should go away with a reboot; if they are persistent problems, and you have to reboot regularly because of these issues, it points to a larger problem with the operating system or hardware.

The way an operating system usually works involves running many programs in the background that make up the desktop and windows. Your normal apps are also processes just like these ones, and they get system resources allocated to them to do their jobs. While this can (obviously) get really technical, these processes don’t always end properly; some processes continue to work on something in the background after they are supposed to close, sometimes due to a bug.

When this happens, system resources (processing power, disk read/write cycles, and memory space) continue to be hogged, which can continue for an arbitrary amount of time. Typically when this happens, a reboot can stop these processes and restore your system’s resources.

One of the primary resources that processes use is memory; when a no-longer-needed program uses memory, it sometimes forgets to tell the operating system that what is stored in the memory is no longer needed. The operating system can free up all of the memory and allocate it for proper use when the system starts.

← Prev: The Age-Old Question: Mac or PC? 3 Hidden Gems in Outlook for iOS and Android →