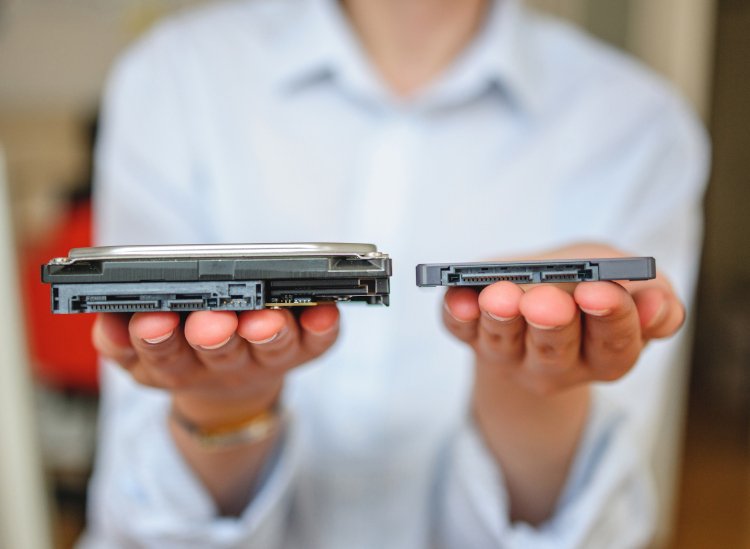 You have probably heard many people are switching to Solid State Drivers over traditional hard drives. However, you may not understand the differences.

Hard Disk drives utilize a spinning disk to read and write data, like a needle on a record player. These moving parts are more prone to damage, such as an accidental drop where the needle scratches the disk. Solid-State drives have no moving parts, so they do not have this issue. In addition, they are lighter and less susceptible to wear because of the lack of small, fragile pieces found in traditional drives.

SSDs are more efficient than HDDs

SSDs are a simple way to get a performance upgrade in many systems. Again, because they have no moving parts, their operation uses less power. There’s no needle to move, so computers utilizing SSDs see faster load times and lower power consumption across their system.

Cool, but are there any advantages of still using an HDD?

HDDs boast higher storage capacity and a lower cost in comparison to SSDs. HDDs also enable you to recover lost data in ways SSD drives are not capable of.
Though HDDs have their advantages, the benefits of utilizing an SSD as a primary drive, such as faster performance, better durability, and energy efficiency, vastly outweigh it. Sometimes all it takes is a change in the drive to increase work efficiency drastically.

-Cody Reeves and The Crown Team

← Prev: Don't Do These 3 Things on Your Work Computer Could Restarting Your Phone Protect You From Attacks? →