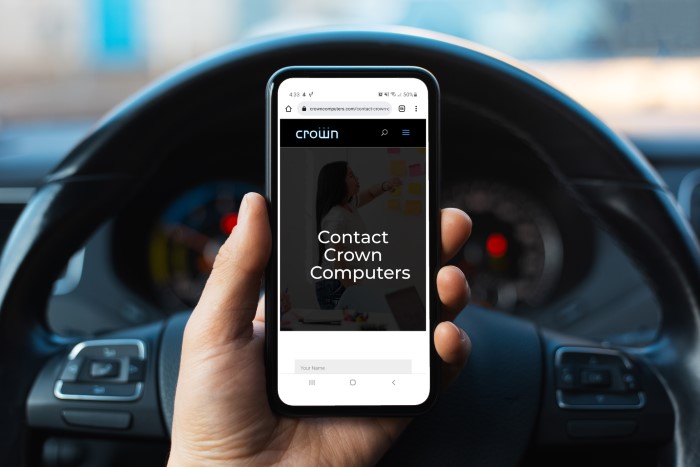 7 Awesome Reasons to Use Android Auto or CarPlay

If you drive an older car, you may not be making the most of your navigation and entertainment options in the car. Upgrading to an Android Auto or Apple CarPlay receiver in your car could be an excellent way to make your drive a big more streamlined and comfortable. The two of these platforms have really come into their own as a way of harnessing the power of your smartphone into an in-car appliance. In this week’s post, we’ll cover the basics in case you’ve been missing out. If you’re familiar with what Android Auto and CarPlay do, but need a little motivation to get started with it, then skip to our list of 7 reasons to use them at the end of this post.

Android Auto and CarPlay are, fundamentally, software packages that do two things: 1) allow you to extend your phone to an in-dash screen, and 2) use and limit your apps in a way that is appropriate while driving. Of course, integrating your phone with your car’s entertainment system also allows you to use your phone to stream to your car speakers as well. The hardware component of Android Auto and CarPlay is your car’s receiver and built-in screen. Plenty of manufacturers have support for both, but every model of car and receiver is different.

Hopefully you already know if your car has either Android Auto and/or CarPlay integrated into its navigation and entertainment system. If your car is five or fewer years old, your phone may just need to be plugged into the dashboard system. For cars that don’t have them built into the factory receiver, plenty of options are out there for aftermarket replacements. As with most things, cheap devices are available on Amazon, but it’s hard to tell how reliable or pleasant the user experience is—and it’s probably really unpleasant to have a bricked infotainment system in your car. If you have a car audio brand that you trust or prefer, it may be the kind of device worth paying a premium for.

Connecting and Using Your Phone

Typically, to use Android Auto and CarPlay, you’ll plug your phone into your car’s on-board system, although some phones and car models have the ability to use wireless instead. Once the device is connected to the receiver, your phone’s apps are now available on the car’s screen. From there, you can use the screen as if it were its own iOS or Android device. The system runs an extension of your phone’s operating system, so you are using your phone’s wireless internet connection, and the receiver has access to your phone’s software, texts, music, etc.

Both Android and iPhone have specific layouts for the dashboard screen that simplify the functionality of your device. Apps that do navigation, calls and messaging, or media playback, will be front and center, helping you with critical tasks and connectivity without the other interruptions. Android Auto, for instance, already knows which apps should be integrated with your car, so the first time you plug the phone in, the launcher should have a good feel for which apps you probably need while on-the-go. I use a handful of open-source apps for podcasts and music playback, and even they are recognized and integrate seamlessly with Android Auto.

If you want to give Android Auto a small test drive before fully committing, you can use a very limited version of it on your Android phone. If you have Android 10 or newer, then Android Auto is already installed as part of your operating system; if you have Android 6 through 9, you’ll need to install the app from Google’s Play Store. When you start the app, it will show you Maps for navigating, will allow you to control specific streaming apps (like YouTube Music), and will allow you to do a few other things like voice-to-text messaging. This experience is limited, but can give you a small idea of how the phone transforms into a more focused appliance while driving.